The Shigaraki kilns in Shiga prefecture have been an active pottery centre since the Kamakura period (1185–1333) and continue to produce pottery up to the present day.
The distinct feature of Shigaraki ware is its bright green natural glaze, which appears over the burnt, reddish brown surface of the pots during the firing process.
The clay used for making Shigaraki jars is distinguished by a light sandy texture and a high proportion of feldspar granules that appear as glassy white spots on the surface of the fired vessel.
Large storage jars (tsubo) like this one were coil-built in stages; they show horizontal registers where the potter stopped to let the pot dry enough to support the weight of the next rise of coils.
The eye-catching natural green glaze flows from the mouth over the orange body of the jar.

From the end of the fifteenth century Shigaraki ware began to attract the attention of devotees of the tea ceremony, who discerned in them a rustic beauty very different from the elegance of the imported Chinese ceramics favoured as tea utensils up until that time.

As for this tsubo, most of the used jars which survived from this period present a broken neck. Several historians think it was broken on purpose in order to facilitate the passage of the ladle. 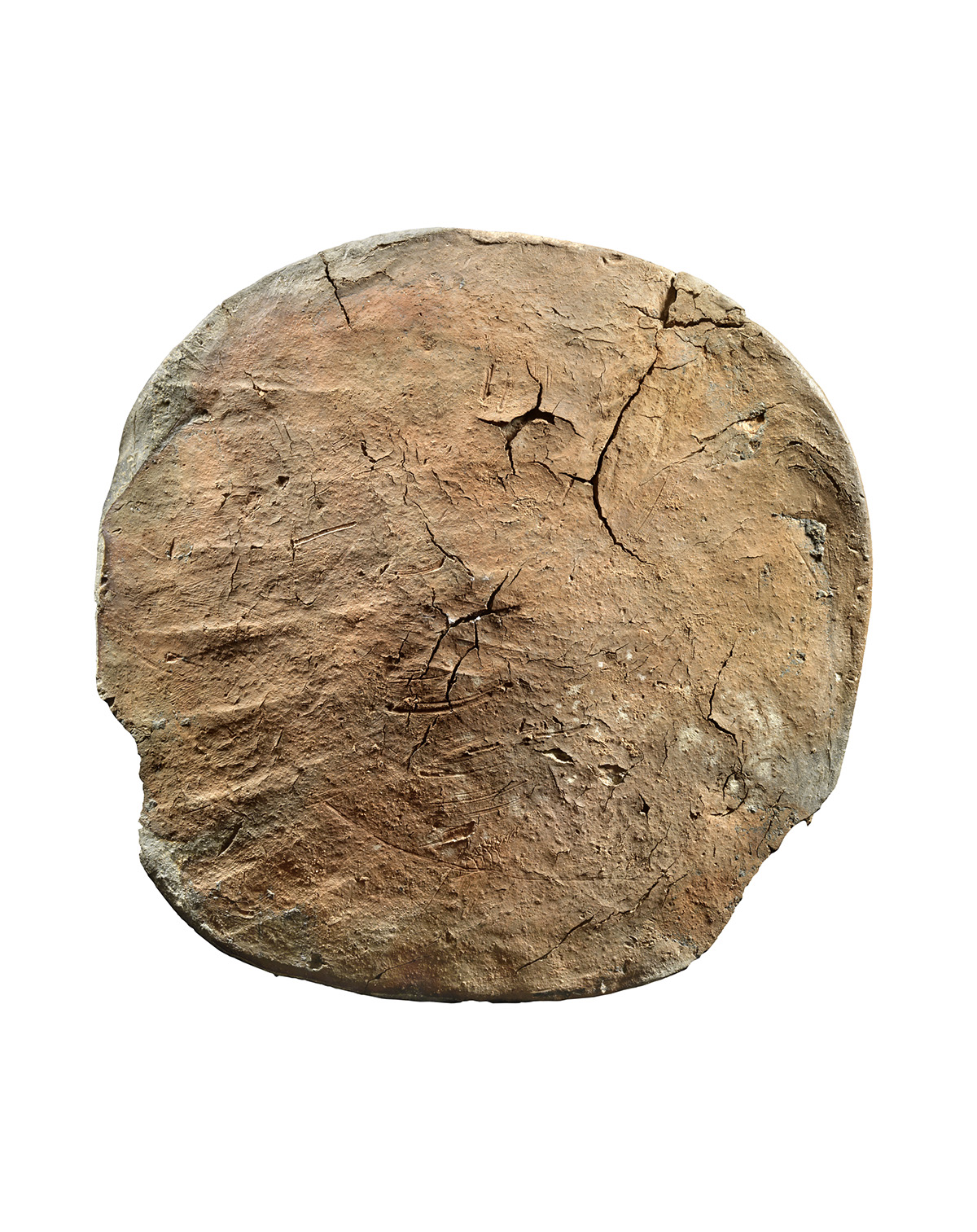